As we all know, farmyard manure is invaluable but unless you have the livestock it is sometimes difficult to obtain and there is considerable cost to moving and applying it.  The next best option could be ‘green manure‘.   In comparison to the cost of applying farmyard manure, growing a cover crop is very inexpensive.  The picture below shows a winter cover crop of turnip rape having just been sprayed with glyphosphate around 3 weeks before the expected drilling of spring barley. This crop was planted straight after the combine and provided cover for the soil by preventing erosion from rainfall over the winter months. It also utilised remaining nitrogen and other plant nutrients. It was inexpensive to establish as it was broadcast with the fertiliser applicator, harrowed and rolled. There are many other cover crops that can be established depending on what you want to achieve. 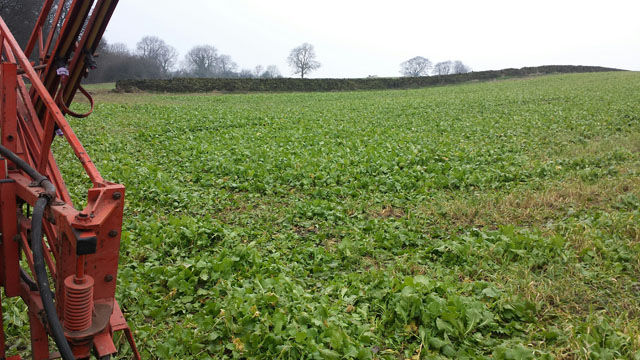 This shows how much plant mass was generated over the winter with no inputs such as fertiliser or pesticides.  After dessication the plant rots down to provide organic matter and food for the soil’s bacteria, most of which are decomposers that consume carbon compounds and fresh plant matter. See below how the same field and seed bed looked at drilling time. 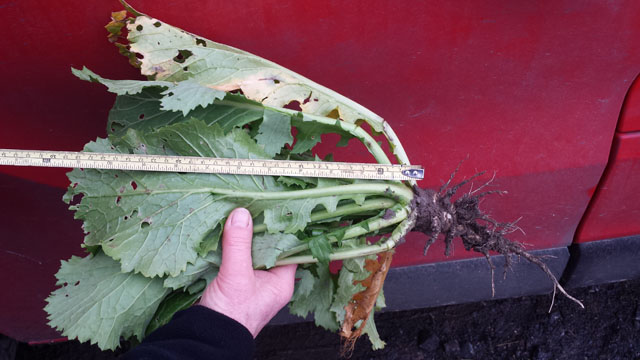 The pictures above and below show the length and diameter of the roots of the turnip rape cover crop. After dessication of the cover crop decomposition of the roots produces voids which provide additional drainage and gives the soil more water holding capacity. Long, deep roots have the ability to loosen the soil without the need for expensive heavy cultivations. If you use deep or medium-deep cultivations it reduces soil organic matter and it kills off soil organisms.

It is very often thought that you have to ‘plough in’ a cover crop however the rotting down of the buried vegetation in anaerobic conditions is not ideal. 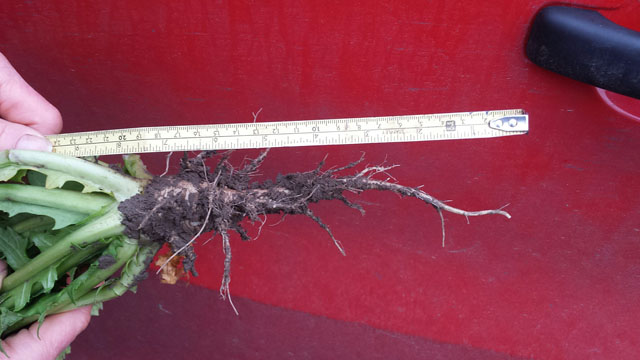 The picture below shows the same field some 38 days after the cover crop was sprayed off.  All the green matter has nicely decomposed and because it was left on the surface to rot down under aerobic conditions, it has provided the soil with organic matter and the soil life with food.  The low amount of surface trash after drilling has significantly reduced cover for slugs.

The tilth seen was created by the Claydon Direct Drill and one pass of the seed harrows and then rolled. Following behind the seed drill with the seed harrows helps to reduce slugs and slug egg survival. This is the same field as shown above where the cover crop had been ‘sprayed off’. 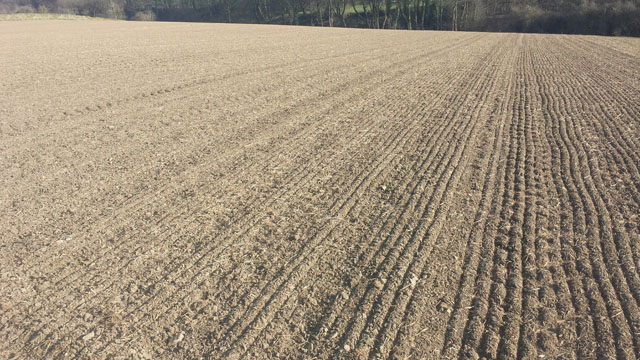 The residues of the turnip rape were left behind to rot down and provide the soil organic matter.  This tilth is a result of the land having not being ploughed for 5 years. It goes to show that you can get the seed into the right place, which is in clean soil and underneath the surface trash using a strip till seed drill such as the Claydon drill.

The picture below shows the early growth stages of spring barley established with a Claydon drill. 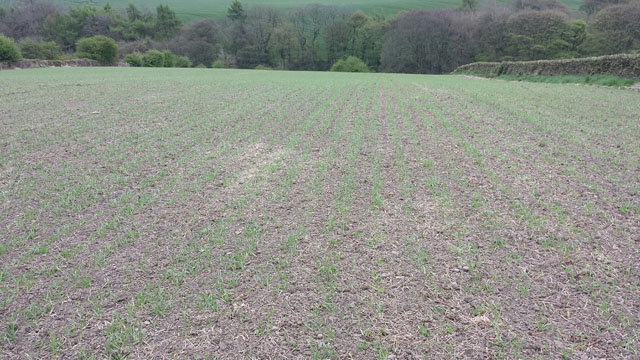 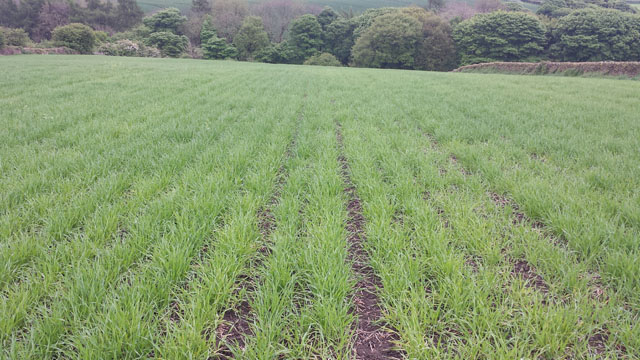 Although the row spacings seem wide, more of the field is drilled with a Claydon drill in comparison to a conventional seed drill, according to the manufacturer, with the crop benefiting from wider spacing by allowing more light to get in to the crop. 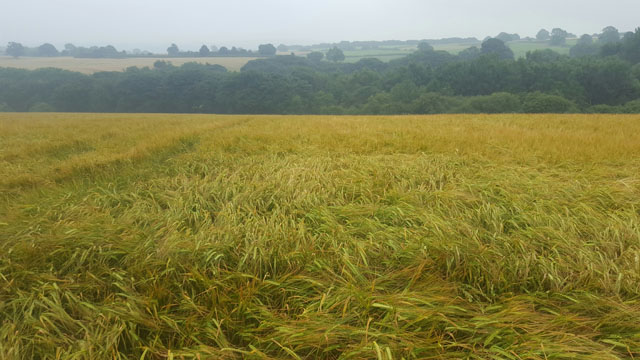 At this stage of the crop it can easily be seen that wide row spacings at the early stages of crop development are not in anyway detrimental.